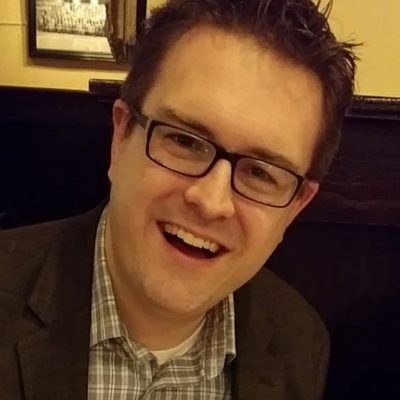 Andrew has served as the Worship Leader of Bogey Hills since 2003.

Andrew was born and raised in a musical family in Decatur, Illinois. He attended Southern Illinois University – Edwardsville where he studied piano and tuba and earned a degree in music education in 2003.

After graduating in 2003, Andrew moved to St. Charles to begin his teaching career as the choir and orchestra director at St. Charles West High School. A few months later, the Lord led Andrew to Bogey Hills when the church was looking for a music director and he was looking for a church home and a place to serve. Andrew and his wife Jenn were married in 2004 and live in St. Charles with their children Benjamin (15), Joey (13) and Hannah (10). Jenn homeschools the kids and is in leadership with their homeschool community, Classical Conversations of St. Charles. She is the website/social media manager and serves in other various capacities at Bogey Hills.

In his spare time, Andrew enjoys spending time with Jenn and the kids, board gaming with friends, cheering on the Cubs, and watching science fiction.